Shop ’til you drop, just like I work my fingers to the bone to keep up my artist practice while working a full-time job.

Oh my dear sweet patrons- I know you are out there waiting to sustain me!

I have listed 44 items for sale on my Etsy shop- all at an affordable price.

Trump was elected and I shouldn’t be so surprised.

I wonder if when Dr. Eric Maisel talks of the importance of productive obsessions (http://ericmaisel.com/brainstorm/), he was talking my determination to de-friend every single family member/friend who supported Donald Trump for prez on Facebook. (I probably missed some, but I’ll find you, I swear.)

I can’t believe so many of y’all voted for this fool!

Whether you want to admit it or not, you also voted for the bigotry behind his campaign.

I still love y’all,  but from a distance. Now, not even an ocean is enough. Now, I must distance myself through cyberspace.

This is my feeble protest as I am not enlightened enough to want to connect with you on Facebook or share my life with you at this moment in time.

I will not ‘normalize’ this insanity. The personal is political.

Enjoy ‘Making America Great Again’- whatever the hell that means.

For the record, since it’s beginning, America has been a racist, violent country. We have made some progress, but not nearly enough. We can do so much better.

I’m angry with the Democrats too, because they shafted Bernie Sanders in their obsession to have Clinton as the candidate. Thanks for nothing neoliberal elites. I still voted for her though, mama didn’t raise no fool (though I can’t say the same for my siblings).

Now we have neofascism rolling through the White House- way to sock it to the Establishment!

As an artist, it is my duty to say these things and you may not agree, but I will keep saying them.

After all of this, I’m working on listing these beauties on Etsy. 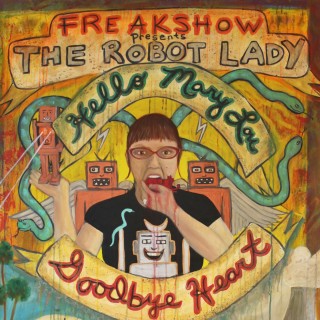